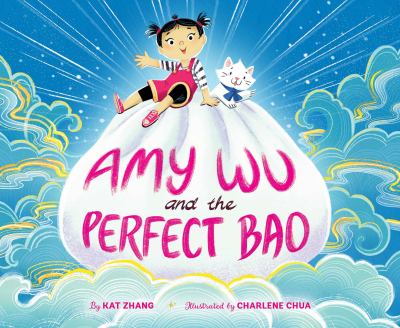 Amy Wu and the Perfect Bao

Meet the funny, fierce, and fearless Amy Wu, who is determined to make a perfect bao bun today. Can she rise to the occasion? Amy loves to make bao with her family. But it takes skill to make the bao taste and look delicious. And her bao keep coming out all wrong. Then she has an idea that may give her a second chance...Will Amy ever make the perfect bao? 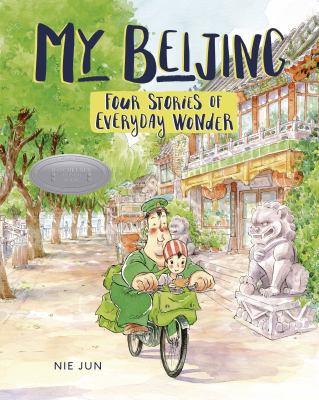 Yu'er and her grandpa live in a small neighborhood in Beijing--and it's full of big personalities. In one tale, Yu'er wants to swim in the Special Olympics, a sports competition for people with disabilities. But she and her grandpa don't have a pool! Their trick to help Yu'er practice wows the whole neighborhood. In another story, a friend takes Yu'er to a wild place full of musical insects. Later, Yu'er hears a special story about her grandparents. And in the final story, Yu'er and her grandpa show a cranky painter the sweet side of life. 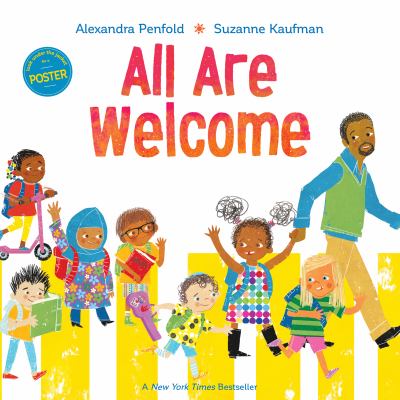 A warm, welcoming picture book that celebrates diversity and gives encouragement and support to all kids. Follow a group of children through a day in their school, where everyone is welcomed with open arms. A school where kids in patkas, hijabs, and yarmulkes play side-by-side with friends in baseball caps. A school where students grow and learn from each other's traditions and the whole community gathers to celebrate the Lunar New Year. 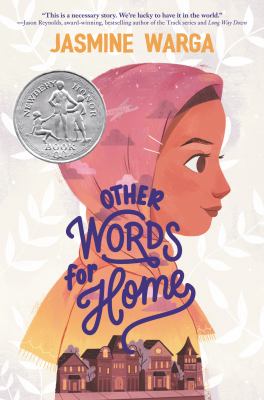 Other Words for Home

A gorgeously written, hopeful middle grade novel in verse about a young girl who must leave Syria to move to the United States. At first, everything in America seems too fast and too loud. The American movies that Jude has always loved haven't quite prepared her for starting school in the US--and her new label of "Middle Eastern," an identity she's never known before. But this life also brings unexpected surprises--there are new friends, a whole new family, and a school musical that Jude might just try out for. 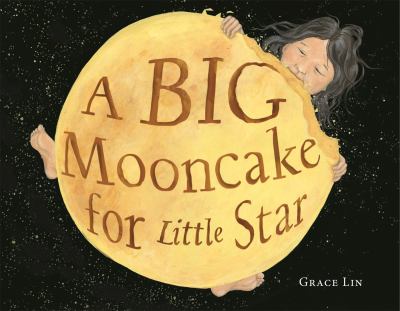 A Big Mooncake for Little Star

Little Star's soft feet tiptoed to the Big Mooncake. Little Star loves the delicious Mooncake that she bakes with her mama. But she's not supposed to eat any yet! What happens when she can't resist a nibble? Grace Lin creates a heartwarming original story that explains phases of the moon. 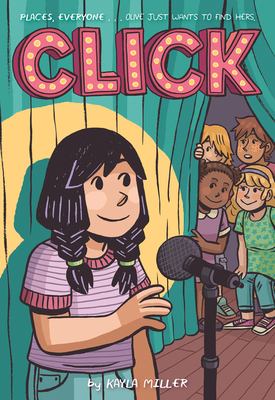 A graphic novel about friendship and finding where you "click" in middle school, perfect for fans of Smile and Real Friends. Olive wants to get in on the act . . . . . . Any act! Olive "clicks" with everyone in the fifth grade--until one day she doesn't. When a school variety show leaves Olive stranded without an act to join, she begins to panic, wondering why all her friends have already formed their own groups . . . without her. Will Olive be able to find her own place in the show before the curtain comes up? 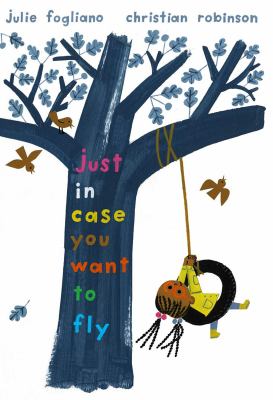 Just in Case You Want to Fly

Funny and sweet, told with lyrical text and bright, unexpected illustrations, Just in Case You Want to Fly is a celebration of heading off on new adventures--and of knowing your loved ones will always have your back when you need them. A joyful, inclusive cast of children fly, sing, and wish their way across the pages, with everything they could ever need--a cherry if you need a snack, and if you get itchy here's a scratch on the back--to explore the world around them. 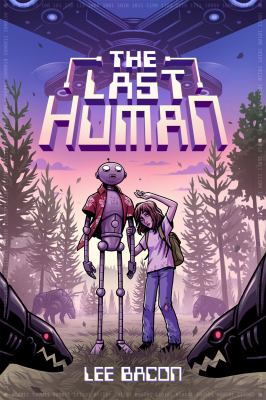 In a future when humans are believed to be extinct, what will one curious robot do when it finds a girl who needs its help? In the future, robots have eliminated humans, and 12-year-old robot XR_935 is just fine with that. Without humans around, there is no war, no pollution, no crime. Every member of society has a purpose. Everything runs smoothly and efficiently. Until the day XR discovers something impossible: a human girl named Emma. 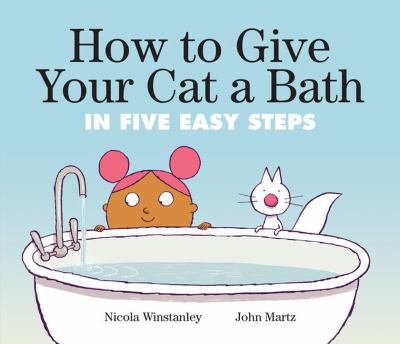 How to Give Your Cat a Bath

Step one- fill the bath Step two- put the cat in the bath Step three- put shampoo on the cat Step four- rinse the cat Step five- dry the cat Seems simple, right? One problem- the cat has no intention of doing ANY of these things! Watch as the steps keep changing, the cat keeps escaping, the girl keeps eating cookies and the mess keeps escalating. 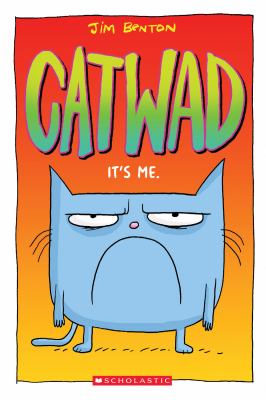 Meet Catwad! He's blue, he's a bit of a grouch, and his best friend is a dim-witted cat named Blurmp who can see the bright side of anything. From pizza and computers, to love and happiness, this crabby tabby has a funny take on just about everything, and he's not afraid to share it. 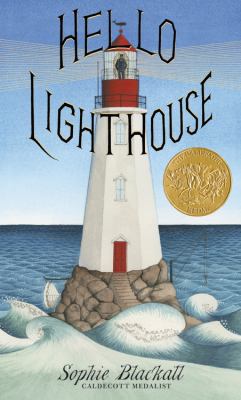 Watch the days and seasons pass as the wind blows, the fog rolls in, and icebergs drift by. Outside, there is water all around. Inside, the daily life of a lighthouse keeper and his family unfolds as the keeper boils water for tea, lights the lamp's wick, and writes every detail in his logbook. Step back in time and through the door of this iconic lighthouse into a cozy dollhouse-like interior. 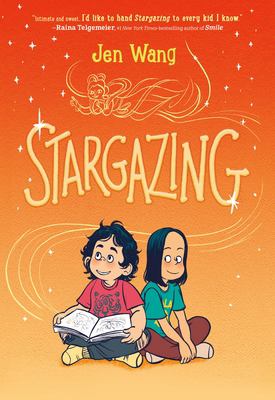 Moon is everything Christine isn't. She's confident, impulsive, artistic . . . and though they both grew up in the same Chinese American suburb, Moon is somehow unlike anyone Christine has ever known. But after Moon moves in next door, these unlikely friends are soon best friends. Moon even tells Christine her deepest secret: that she has visions, sometimes, of celestial beings who speak to her from the stars. Moon's visions have an all-too-earthly root, however, and soon Christine's best friend is in the hospital, fighting for her life. 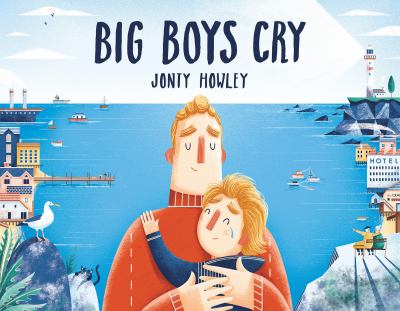 It's Levi's first day at a new school, and he's scared. When his father tries to comfort Levi, he falls back on the line his own father used with him- "Big boys don't cry." Though he immediately understands his misstep, he can't find the words to right the ship, and Levi leaves for school, still in need of reassurance. Fortunately, along his walk to school, Levi sees instance after instance of grown men openly expressing their sadness and fear. 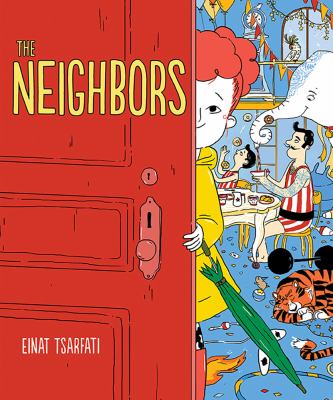 As a young girl climbs the seven stories to her own (very boring!) apartment, she imagines what's behind each of the doors she passes. Does the door with all the locks belong to a family of thieves? Might the doorway with muddy footprints conceal a pet tiger? When the girl finally reaches her own apartment, she is greeted by her parents, who might have a secret even wilder than anything she could have imagined! 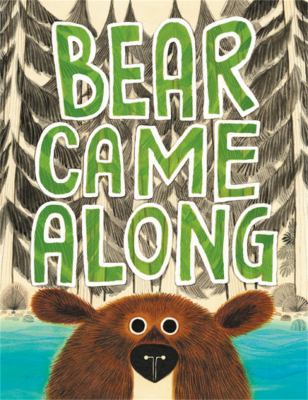 A cheerful and action-packed adventure about the importance of friendship and community. Once there was a river flowing through a forest. The river didn't know it was capable of adventures until a big bear came along. But adventures aren't any fun by yourself, and so enters Froggy, Turtles, Beaver, Racoons, and Duck. These very different animals take off downstream, but they didn't know they needed one another until thankfully, the river came along. 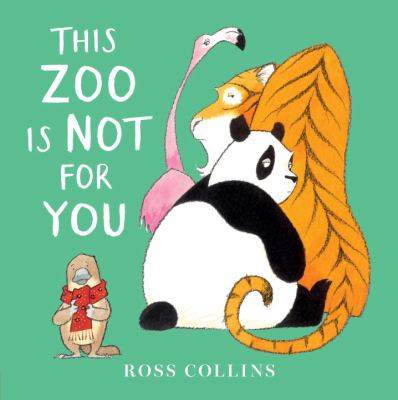 This Zoo Is Not for You

When a platypus stops by the zoo one day, all the animals assume he wants to join their zoo, and he is swiftly taken through a rigorous interview process. But the platypus is far too bland for the chameleons, he's not nearly graceful enough for the flamingos, and his tricks will never impress the monkeys. After he leaves, the animals soon regret their behavior. A heartfelt story about acceptance and belonging. 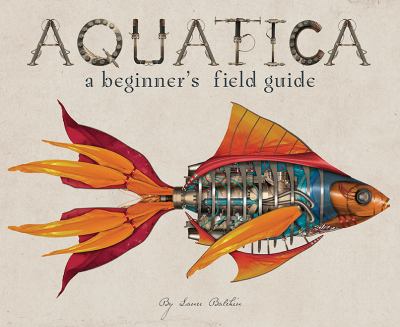 Welcome to future Earth. Our oceans have become polluted to such an extent that all marine life is now just a memory. Rising from the murky depths stirs new mechanical life, created by humans and now evolving outside any control. These new species have grown to threaten humanity as we know it. Welcome to the world of Aquatica. 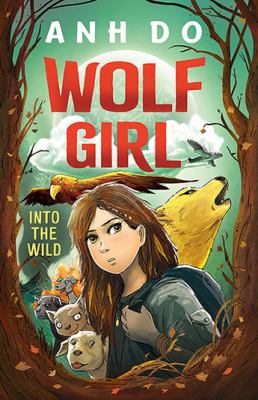 Wolf Girl: Into the Wild

A wildly exciting new adventure series from bestselling author Anh Do. I crawled onto the bank and collapsed, exhausted.
From the dirt, I looked up in amazement at four dogs staring down at me. Was I dreaming? Had I gone mad? It all seemed very real. 'You guys saved me!' I said, as I sat up in my dripping clothes. 'I owe you.'

When disaster separates Gwen from her family, she must fend for herself, all alone in the wilderness. 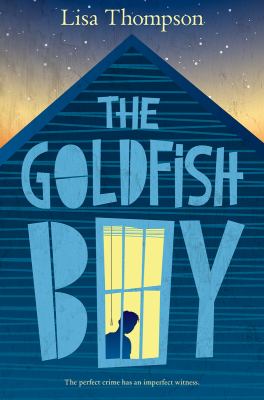 A boy struggling with OCD is uniquely qualified to solve a kidnapping. Matthew Corbin suffers from severe obsessive-compulsive disorder. He hasn't been to school in weeks. His hands are cracked and bleeding from cleaning. He refuses to leave his bedroom. To pass the time, he observes his neighbors from his bedroom window, making mundane notes about their habits as they bustle about the cul-de-sac. When a toddler staying next door goes missing, it becomes apparent that Matthew was the last person to see him alive.